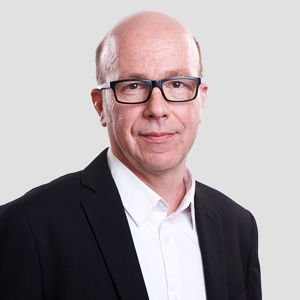 Project DIR3CT aims at improving the image quality of cone-beam CT images by deep learning the 3D reconstruction from X-ray images end-to-end. This enables a novel cone-beam CT product to be used during radiation therapy and will allow the use of these images for adaptive treatment.

QualitAI researches and develops a device for automatic quality control of industrial products like e.g. cardial ballon catheters. This will be facilitated through innovation in the area of artificial intelligence, especially by analyzing camera images using Deep Learning.

Particle Physics with the CMS Experiment at CERN

Search for the Higgs boson in associated WH->lnubb production mode; focus on boosted regime at large pT(H); use of jet sub-structure and jet energy regression algorithms; multi-variate analysis using NN/BDT. This channel contributed to the observation of the Higgs boson in 2012, the prediction of which was awarded with the Nobel Prize in Physics in 2013.

Major role in re-discovery of the top quark at the LHC; leading top quark cross section measurements in lepton+jets topologies; first journal publication of CMS using this channel (since 2009)

Particle Physics with the H1 Experiment at DESY

(Comparison at NLO between Predictions from QCD Fits to F2D and and Diffractive Final State Observables at HERA, 2003)

Development of a library of diffractive parton distributions; detailed comparisons of experimental data